Atletico Madrid vs Chelsea live – confirmed team news, match action and how to watch on TV 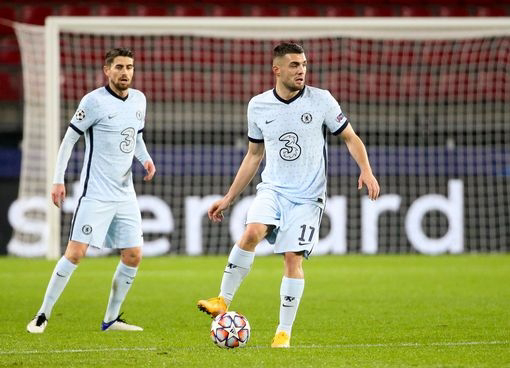 The Champions League Round of 16 hasn't been kind to Chelsea in recent years,who travel to meet Atletico Madrid tonight – the Blues have not made it beyond this stage of the competition since 2014.

Thomas Tuchel and his players will be looking to change that this season, starting tonight when they play the first leg of their tie with Atletico Madrid.

The Spanish giants are having a good season; they lead La Liga by three points and have a game in hand over second-placed side Real Madrid.

But Atleti have key injuries – Jose Giminez, Hector Herrera and Yannick Carrasco are ruled out – while their previously impenetrable defence is no more, as explained in greater detail here.

That the match isn't being played at Atletico's Wanda Metropolitano Stadium due to Spain's Covid-19 travel restrictions on visitors from the United Kingdom is a huge advantage for Chelsea.

Diego Simeone has never lost a home match as Atletico head coach in the Champions League. The La Liga side have also only conceded just once in their previous 12 home knockout stage games in the competition.

Chelsea will be without the influential Thiago Silva but otherwise have a fully fit squad. Kai Havertz and Christian Pulisic are in contention to feature having recovered from injuries.

For viewers in the United Kingdom, tonight's game will be shown live on BT Sport 2. Kick off is at 8pm.

Chelsea are back in Champions League action tonight and it's certainly not going to be easy for the Blues.

Thomas Tuchel's side take on Atletico Madrid this evening in the first leg of their Round of 16 tie.

The Spanish side are currently top of La Liga and are viewed across Europe as one of the hardest nuts to crack in the Champions League.

Yet Atleti are not the same impregnable force of old. They come into this game having not kept a clean sheet in their last seven league games and Diego Simeone's side suffered a surprise 2-0 defeat to Levante at the weekend.

There are weaknesses for Chelsea to Exploit but there is not doubt Tuchel's side will have to be at their best to come away from Bucharest, where the game is being held due to Covid-19 travel restrictions, with a positive result.