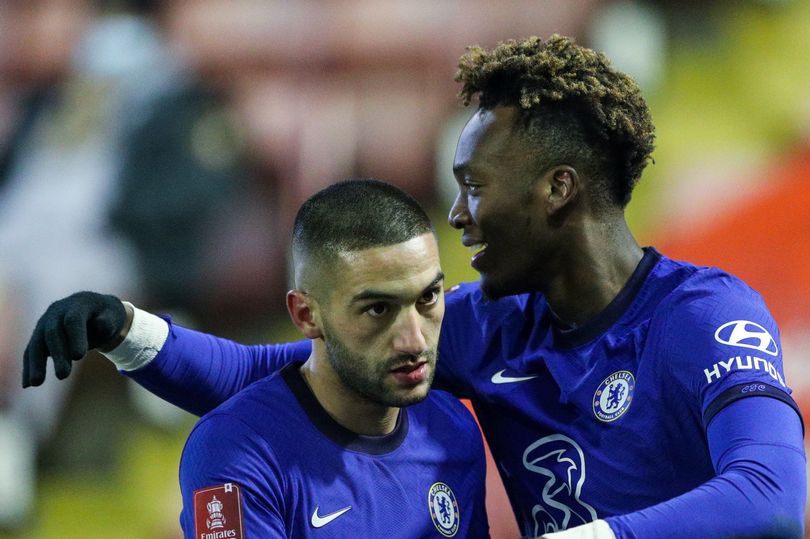 It's virtually impossible for football clubs to keep transfer deals quiet in the modern era. Someone, somewhere, will let slip a move has been agreed. From that point on, the news snowballs.

Yet on this day a year ago, Ajax posted a statement on their website which caught everyone off guard. It read: “Ajax has reached an agreement with Chelsea FC on the transfer from Hakim Ziyech to the English club.

"The transition is effective from the coming season, as of July 1, 2020. The clubs have agreed a transfer fee of €40million, which can go up to €44million through variables. The current contract of the attacking midfielder at Ajax runs until June 30, 2022.”

Chelsea followed soon after: “Chelsea Football Club has reached an agreement with Ajax to sign Hakim Ziyech this summer. The move is subject to the player agreeing personal terms and he will remain at the Dutch club for the rest of this season.”

The deal, which was officially completed ten days later, appeared to suit every party.

Chelsea had secured one of Europe's most consistent playmakers; Ajax would get to benefit from Ziyech's talents for the remainder of the campaign; the Morocco international would have time to set up a life in England.

But then came the Covid-19 pandemic.

Football was halted across Europe as the virus spread. On April 25, 2020, the Dutch FA confirmed the Eredivisie season was cancelled. Ziyech's final Ajax game proved to be a 3-1 win over at Heerenveen on March 7.

The man nicknamed 'The Wizard' joined Chelsea at the beginning of July as planned and trained with Frank Lampard's first-team squad, which was in the midst of completing their Premier League schedule.

Ziyech – and fellow new signing Timo Werner – were ineligible to represent the Blues until the 2019/20 campaign was concluded.

The 27-year-old was confident he could have a big impact at Chelsea when allowed to do so. He was undaunted by the physical nature of English football.

“The Premier League is a tough competition, I know it is,” he told Chelsea's website. “But if you see in all competitions, players have the same body as me, football is just playing with your head and being smart and creating spaces, and it is always in the small things.”

Unfortunately for Ziyech, his body let him down during his first pre-season match. He suffered a knee injury against Brighton and Hove Albion and missed Chelsea's first six games of the campaign.

He made his Blues debut as a late substitute against Southampton – his first competitive outing in more than six months – and was eased into the side by Lampard.

When up to speed, Ziyech proved himself a vital component of the Chelsea attack. His whipped deliveries to the back post were a constant threat and his unpredictability helped unlock defences.

Of the 17-match unbeaten run Chelsea embarked on during the first half of the campaign, Ziyech featured 12 times.

However, at the start of December, Ziyech suffered a hamstring injury in the victory over Leeds United. He missed a month of football during which Chelsea's campaign went off the rails.

"I think with Hakim, the way he was playing, he was being very effective for us in terms of assists, goal creation, chance creation and some goals," Lampard said at the end of December.

"He got injured against Leeds when we were in a great run of form, so I think it has been a point. You are going to miss players at that level when they drop out and we want him back."

Ziyech returned against Manchester City on January 3 but there was a very real sense he had been rushed back given Chelsea's form. He hasn't been at his best since, registering only a sole assist in an FA Cup win over League Two side Morecambe.

"And there was also a real confidence in the way he was playing and we were very fluid at the time.

Thomas Tuchel's appointment at the end of last month was a fresh start for every member of the Chelsea first-team squad. This has benefited many and hindered few, but Ziyech is one of that unfortunate latter group.

He started Tuchel's first game in charge but was then omitted from the squad to face Burnley because it was deemed the workload he'd undertaken since returning from injury put him at risk. Fair enough.

But he was then an unused substitute for the wins over Tottenham Hotspur and Sheffield United.

Ziyech was given an opportunity to prove himself to Tuchel against Barnsley on Thursday evening. It's a chance he certainly did not take.

On an admittedly difficult pitch, his passing was off throughout and he struggled to keep possession with the Tykes pressing intently.

Per Wyscout, Ziyech lost the ball 16 times at Oakwell, won just three of the 17 duels he attempted, and completed only 71% of his passes. He recorded only two ball recoveries and didn't make a single interception.

That he was replaced by Tino Anjorin with 21 minutes to go was no surprise. The fact the 19-year-old won more duels (four) than Ziyech and completed the same number of ball recoveries during his time on the doesn't reflect well on the former Ajax star.

Ziyech will be given more chances by Tuchel, there's no doubt of that. When that happens is a bigger point of debate, especially as Mason Mount, arguably the 27-year-old's biggest rival for a starting role, has impressed in his last three appearances.

"I always have faith in myself. I know what I can do, and I won’t put pressure on myself," Ziyech said in an interview with Dutch TV channel Ziggo Sport this week. "The best of Hakim Ziyech is yet to come."

Ziyech almost certainly wouldn't have envisaged such a statement being required when his transfer was agreed on this day last year. But the past 12 months have been unlike no other and he has had plenty of setbacks along the way.

"For me, it's clear he needs to adapt to this kind of football, this kind of league," Tuchel said on Wednesday.

From those words, it's clear Tuchel has no doubts about Ziyech's ability.

So the challenge facing the winger is to prove to the German he can deliver on it going forward, that the 'real Hakim Ziyech' has arrived at Stamford Bridge.