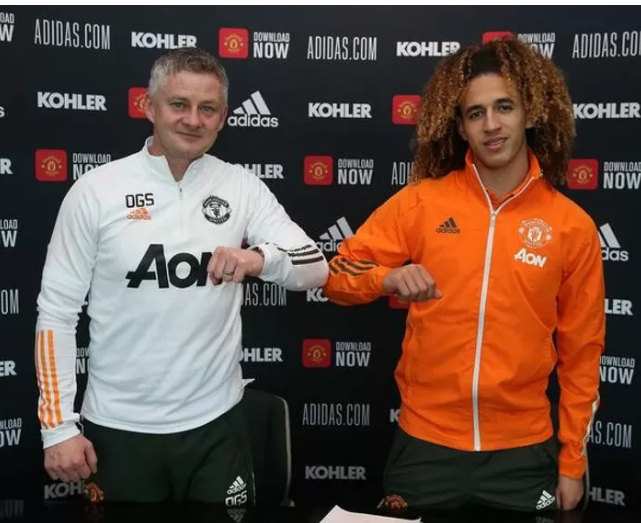 Manchester United manager Ole Gunnar Solskjaer is reportedly ‘considering’ allowing wonderkid Hannibal Mejbri to depart the club in the summer transfer window.
Mejbri moved to Old Trafford from AS Monaco in the August of 2019 in a transfer worth £8.6million, with the Tunisian impressing many at United since then.
The 18-year-old midfielder made his debut for his national team earlier this week, playing 45 minutes in a 1-0 friendly win over DR Congo.
That came after what was an impressive season for United’s youth teams from the youngster, with Mejbri becoming a regular for the Red Devils’ Premier League 2 side.
Mejbri made 20 appearances in the reserve league, scoring four goals and notching eight assists as United finished a lowly eighth in the table.
He also played a starring role in United Under 21s’ Papa Johns Trophy campaign, making a man-of-the-match display in a 6-0 win over Salford City in which he scored once and assisted twice.
Those performances for United youth teams caught the eye of the senior coaches, with Mejbri being named in his first senior matchday squad at the end of the season.
That came in the final day win over Wolves in the Premier League, with the wonderkid replacing Juan Mata for the final eight minutes of the 2-1 victory at Molineux.
But it appears that any more senior appearances for the Red Devils may have to wait, with the 18-year-old now being linked with a summer departure from Old Trafford.
With the midfielder now seemingly ready for senior football, United chiefs are exploring the possibility of sending the youngster out on loan for next season.
One club understood to be interested in signing Mejbri is Turkish side Galatasaray, who missed out on the Super Lig title to Besiktas on goal difference last season.
And as they prepare to build their squad for another title challenge next term, Fotomac report that the 22-time Turkish league winners are eying a move for Mejbri.
It is stated that they have already submitted a loan offer for the midfielder and are now waiting to hear back from United about whether he will be heading to the Turkish capital.
As well as being able to offer regular first-team football, Gala can also offer Champions League football.
That is because they have qualified for the second qualifying round of the Champions League after finishing as Super Lig runners-up.
If he did move to the Türk Telekom Stadium, it would see him link up with former United striker Radamel Falcao, who had a mixed one-year loan spell at Old Trafford.
It is also claimed that Solskjaer is keeping a close eye on the young midfielder’s development and could allow him to depart with first-team opportunities set to be limited at United.
A loan move would be the best way for Mejbri to gain senior minutes next term, with Bruno Fernandes the first-choice option in the attacking midfield position at Old Trafford.
News