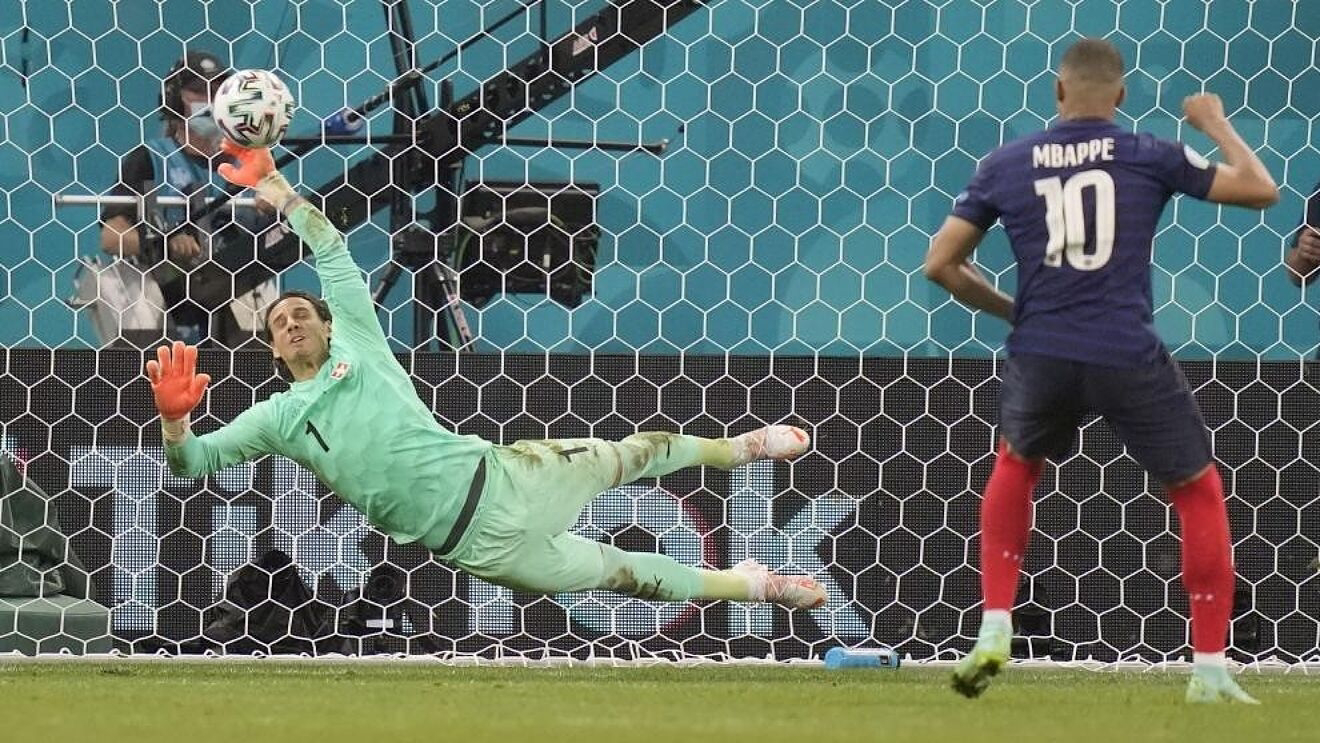 France have already been eliminated from the 2020 European Championship, but more than 240,000 fans have reportedly signed a petition to force UEFA to repeat their Round of 16 knockout match against Switzerland.
Goalkeepers need to keep at least one foot on the goal-line when facing a penalty, but French fans have complained that Yann Sommer didn't respect the rule during Kylian Mbappe's spot-kick, one which was saved by the Borussia Monchengladbach shot-stopper to seal qualification to the quarter finals of the competition.
As reported by various media such as RTL Sport, there are more than 240,000 people who have signed a petition for the game to be replayed through the page Les Lignes Bougent.
Despite France leading 3-1, Switzerland completed a comeback and equalised to send the game to extra time and then penalties, where Mbappe couldn't beat Sommer in the crucial last spot-kick.
UEFA do not seem willing to agree on repeating the game, as they are confident that the referee and the VAR officials made the correct decision.
News