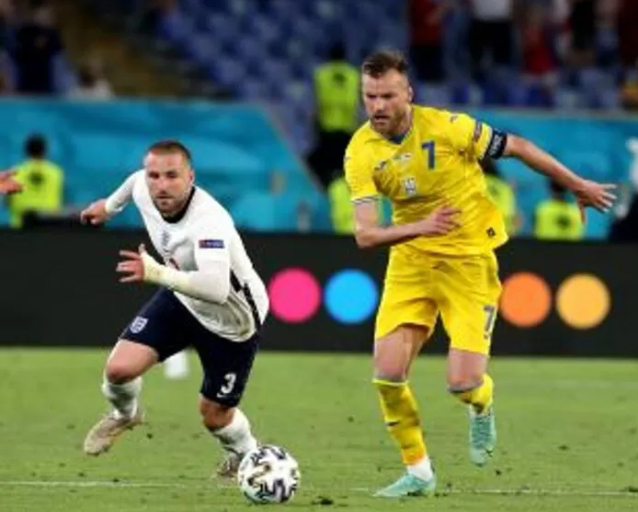 Jose Mourinho has praised Luke Shaw for his performance in England’s win over Ukraine on Saturday night. The Manchester United left-back provided two assists to help the Three Lions to their 4-0 quarter-final win with Harry Kane scoring a brace and Harry Maguire and Jordan Henderson helping themselves to a goal each.

Shaw has been excellent for England during this competition, showing his creative side while helping the Three Lions continue their record of having not conceded up until this point.

It’s fair to say Mourinho and Shaw didn’t always see eye-to-eye, but the former has no reservations about praising the left-back for his performances this summer.

“I think the back four with the amazing Euros that both central midfielders are doing is more than enough to control Denmark offensively. And then you have four players to decide the creativity of the game.”

Speaking about the four players Gareth Southgate should consider playing in attack against Denmark, who England will face at Wembley Stadium on Wednesday, Mourinho added: “Raheem Sterling and Kane is clear and there’s two places in my opinion that’s open.

“Gareth has to make the best decision.

“Jadon Sancho played well, Phil Foden started the tournament, the same with Mason Mount. Jack Grealish – it looks like he’s not the favourite player of Gareth but every minute he’s on the pitch is doing is well.

“I don’t believe it’s needed to play with a back three like they did against Germany.”

If England find a way past Denmark on Wednesday, they will face one of Italy or Spain at Wembley in the final on Sunday evening.

By the time Southgate’s men face Denmark, they will already know the first finalists with that Italy and Spain clash taking place 24 hours before.