Solskjaer on Bruno, Pogba, Leeds rout and fans: 'This is the real Man Utd 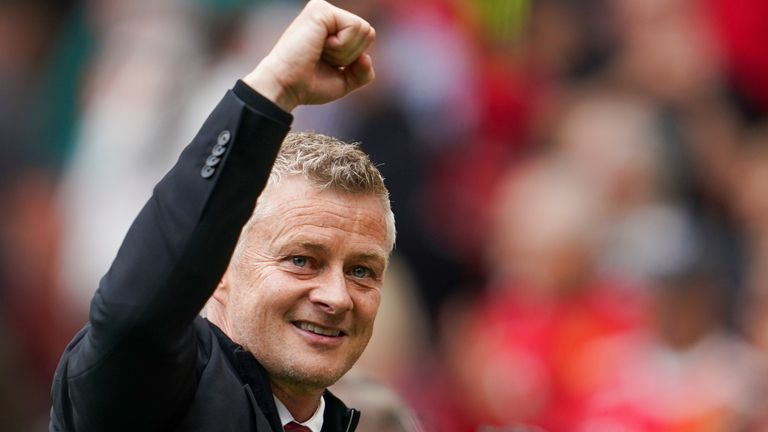 Ole Gunnar Solskjaer said he had witnessed "the real Manchester United" after a season-opening 5-1 rout of Leeds.
Bruno Fernandes scored a hat-trick and Paul Pogba recorded four assists as the hosts made a stunning start to the new Premier League season in front of almost 75,000 returning supporters at a rocking Old Trafford.
A purring Solskjaer praised his match-winners, as well as saluting the fans who he said gave his players extra impetus.
"This is Man United, this is the real Man United, this is how I sold Man United to Edinson (Cavani) for example, that you can't leave after one season with no fans," he said.
"It was electric, absolutely magic. It does mean a lot for the players. This atmosphere gives you the extra edge and energy.
"You can't replicate that from a team-talk. When you run down that end and you score four goals like we did second half, it's just the best feeling in the world.
"There's always the next game, but this is a great start.
"This is, for me, the way I want to see my team play, not just because it is Leeds. I want to see them running going forward, taking risks, and we looked fit - some of these players have not played more than 45 minutes."
Ole's praise for Fernandes, Pogba 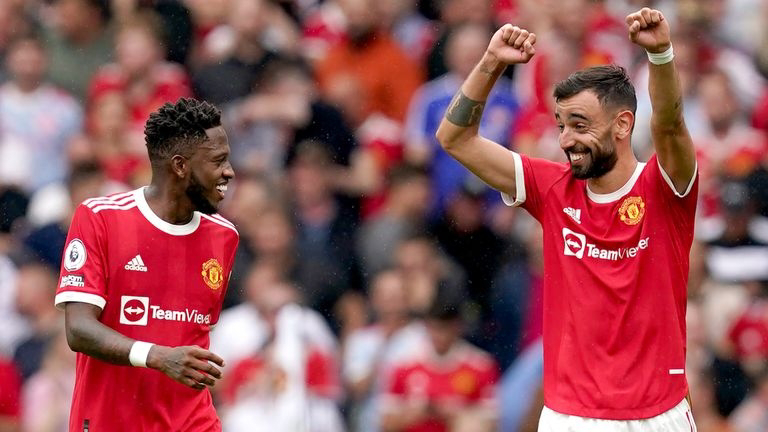 Fernandes was United's top scorer last season and picked up where he left off in thrilling fashion, a blistering half-volley sealing his hat-trick.
"He is a risk-taker, he always has been," Solskjaer said.
"He's a Man United player, and when you are a forward player, you need to have confidence, a little bit of arrogance and take risks.
"Players give him some decent chances as well to be fair."
Pogba turned in a starring performance of his own - the first Manchester United player to register four assists in a Premier League game - and despite continued outside scrutiny over his future as he enters the final year of his contract, the Old Trafford boss was thrilled by what he saw.
"I have a great relationship with Paul all the time since he was a kid," Solskjaer told BT Sport.
"Today was just about, 'go out there enjoy yourself'. We just gave him the freedom of roaming wherever you want to go and get on the ball.
"All the best players would want to feel our trust in them and confidence and Paul is one of them who you can create moments out of nothing; he is so strong and I was so impressed by his fitness, so that is a good sign."
Sancho, Varane in... will there be more arrivals? 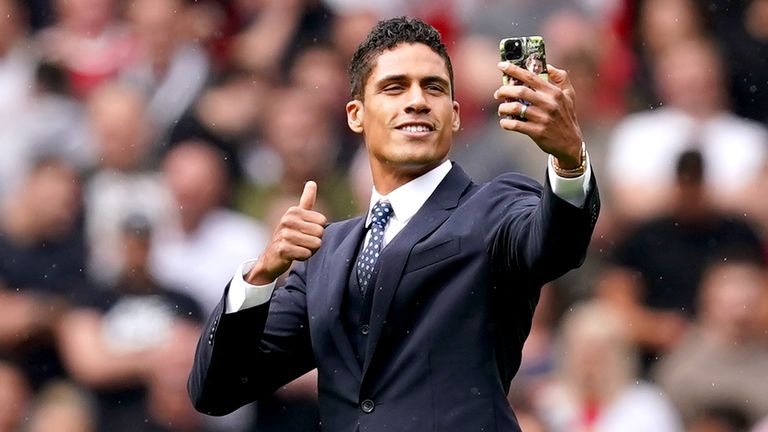 Jadon Sancho made a late cameo off the bench after what Solskjaer admitted had been a disrupted pre-season, while Raphael Varane was introduced to the crowd before kick-off.
Solskjaer kept the door open for further reinforcements before the August 31 deadline but, with the likes of Cavani, Marcus Rashford, Jesse Lingard and Dean Henderson to return, believes his squad now boasts valuable depth.
On the possibility of more arrivals, the United boss said: "I think anything from now is a bonus. I can't say we got to do more, but you know, you never know in football.
"We have done well in the summer [transfer] window, Raphael has come in today as well, which I think gave the crowd a boost and to the players, so you are excited of course. And there are eight or nine players there that are not here today."
News