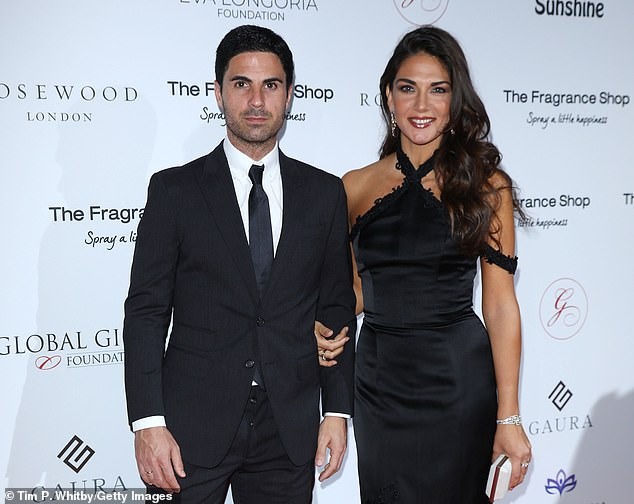 The doubts were inevitable. Mikel Arteta tried putting a brave face on, but he is only human after all. All this after spending £140million on new players — now close to £160m after the arrival Takehiro Tomiyasu on deadline day. 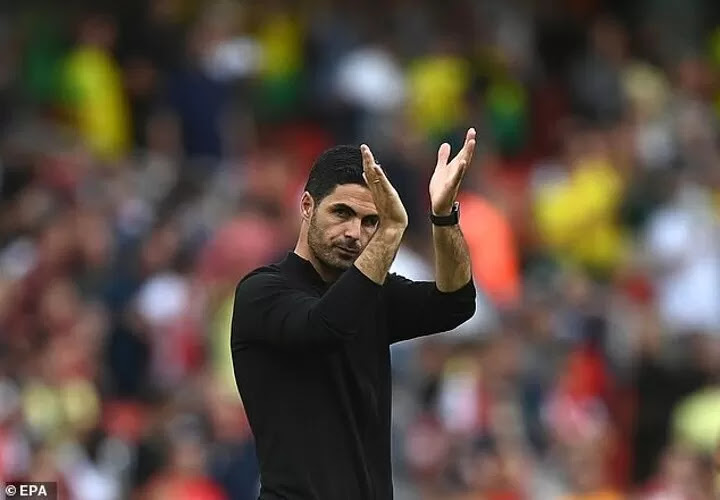 Arteta cited the club’s Covid problems and, in fairness, he had a point — Pierre-Emerick Aubameyang, Alexandre Lacazette and Ben White all contracted the virus. More importantly, those in the corridors of power at the Emirates also felt the illness that ravaged the squad during the opening weeks of the season was genuine mitigation for their dreadful start.

That said, Arteta was suffering — that is now clear. ‘You are upset with yourself, you are angry, you are tired. You just want to hit yourself because you are not doing things right and you are not getting the outcome you think you deserve,’ explained Arteta.

‘You have to understand why you do it. So after the (5-0) against Manchester City probably I was at the lowest. And then you start to try to analyse things, you hear different opinions — media, what you think, criticism — and then probably you go even further. And then starts the importance of having the family I have, the wife and kids, the parents and the friends I have. 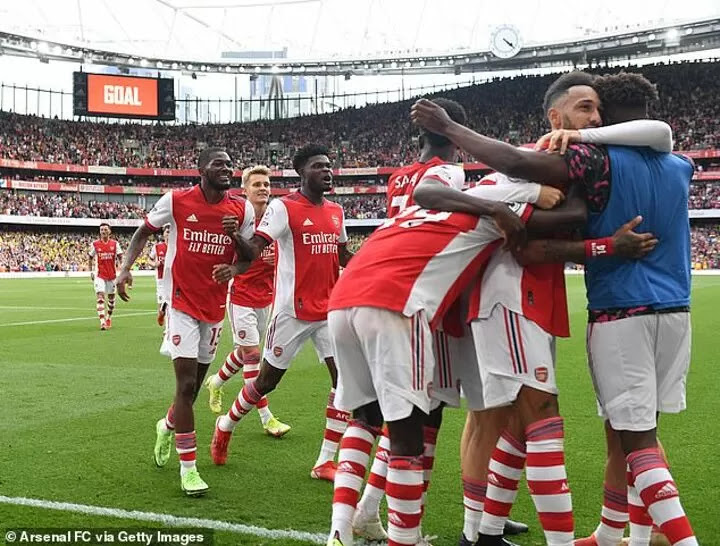 ‘In difficult moments they show their commitment in your relationship with them. After that it is every person that works in this club, from top to bottom, the energy they try to provide, the communication they have with me and the other people who make the big decisions, and how encouraging it is to see them with the hunger to change the situation. They don’t find any excuses. Don’t blame anyone. Just try to look for solutions.’

Saturday’s tense win over Norwich should help ease Arteta’s conflicted mind. It wasn’t convincing by any stretch of the imagination. But that didn’t really matter by the end as the Gunners’ season finally got off the mark courtesy of Aubameyang’s second-half tap-in.

The win should make for a much happier Arteta residence this week. ‘It is impossible not to take the stress home. That’s why when you see your kids running around and your wife trying to change the topic to see everything from a different perspective, it’s so helpful,’ said Arteta. 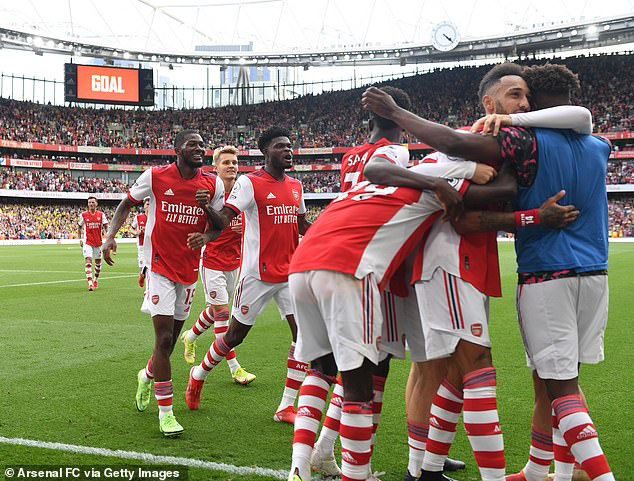 ‘That negativity has to come away. You have to bear in mind that first of all you are doing everything you can to your best capacity, and don’t kid yourself or look for excuses.

‘The easiest thing to do is blame the players — “They are not good enough, I have this. I have that”. And then you try to over-coach them. I was not willing to do that because first of all they don’t deserve that.’

There was enough tangible evidence for Arteta to believe, rather than hope, his team have turned the corner. Aubameyang looked sharp, new signing Tomiyasu appears to have the attributes to be a success while goalkeeper Aaron Ramsdale — on his top-flight debut for Arsenal — added an air of assuredness.

This weekend’s trip to Burnley will be a far sterner test. Victory at Turf Moor would work wonders for the confidence. As for three points in the north London derby the following week...then everything really would be rosy again.