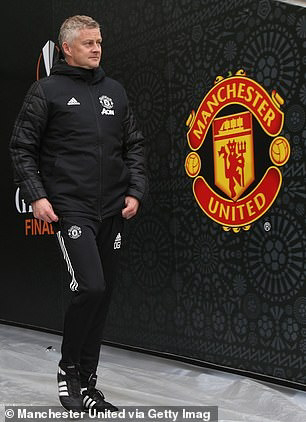 Manchester is on the brink of joining an elite sporting group this week by becoming only the third city in history to win UEFA's top two competitions in the same season.
Victories in Wednesday night's Europa League final and Saturday's Champions League final would mean the city following Milan and Madrid in completing the sweep of UEFA titles and set up a derby clash in next season's UEFA Super Cup at Belfast's Windsor Park.
AC Milan and Inter brought double European glory to the San Siro in 1994 before Real Madrid and Atletico Madrid repeated the achievement in 2018 with victories against Liverpool and Marseille. 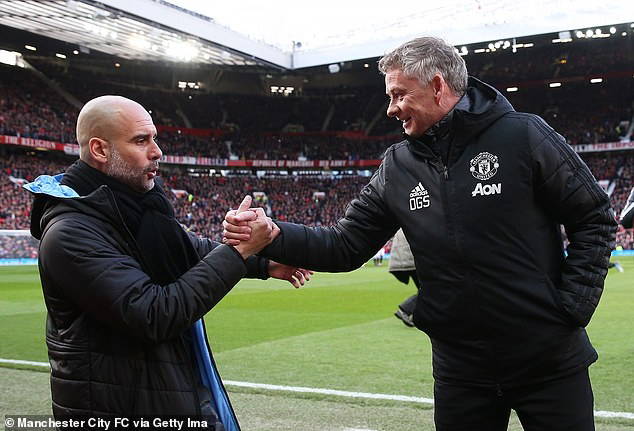 If United win the Europa League final against Villarreal in the Gdansk Stadium and City beat Chelsea in the Champions League in Porto, Manchester's name will be added to the record books.
The first city to achieve the double was Milan. AC Milan took home their fifth Champions League title in 1994 after a dominant 4-0 win against Johan Cryuff's star-studded Barcelona side in the final at Athens' Olympic Stadium.
Inter comprehensively put Austria Salzburg away 2-0 in the two-legged UEFA Cup final the same year with a 1-0 win in each leg. Manchester City's build-up to the final in Porto this year has echoed AC Milan's as they both secured league titles ahead of their appearance in the final. But Inter had a poor season that year.
Unlike Solskjaer's second-place finish this season, Inter had only one win in their final seven league games in 1994 and finished 13th in Serie A. Future England manager Fabio Capello's team lined up as underdogs in Athens, having been without suspended defender Franco Baresi and legendary striker Marco van Basten.
But AC Milan defied the odds as Daniele Massaro put them 2-0 up at half-time. The Italian slotted home after a bombing run forward and pinpoint cross from team-mate Dejan Savicevic found him in front of an empty goal. Roberto Donadoni's deft footwork on the wing allowed Milan's top goalscorer to rifle home his second goal at the end of the first half after receiving the ball unmarked in the penalty area.
Milan's rout continued immediately after the break with Miguel Angel Nadal's inability to clear his lines allowing Savicevic to score a showstopping half-volley from distance to bury Barcelona's chance of a revival. 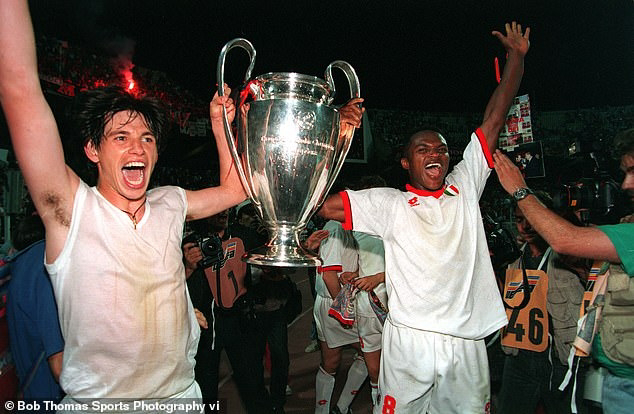 Marcel Desailly completed the win with a rare goal after calamitous defending allowed him to enter the box from midfield and curl Milan's fourth into the right corner.
Despite a poor show in the league, Inter lined up with legendary Dutchman Dennis Bergkamp and well-travelled goalkeeper Walter Zenga in both legs of their UEFA Cup final. Inter dominated home and away having the best chances in the first leg in Salzburg and taking home a 1-0 lead back to the San Siro after Nicola Berti found the far corner in the 35th minute.
The Nerazzurri managed to hold on to the lead despite wing-back Alessandro Bianchi receiving a second yellow card early in the second half. Gianpiero Marini's side withstood pressure from the Austrian champions in the second leg before Dutch midfielder Wim Jonk scored a delicate chip to secure Inter's second UEFA Cup triumph in three years.
The Milan rivals' went unmatched for 24 years until Real Madrid and Atletico brought both trophies to the Spanish capital in 2018, two years after contesting the Champions League final in Milan.
Real Madrid found themselves in Kiev up against a resurgent Liverpool side buoyed by the January arrival of Virgil van Dijk for a world-record fee for a defender, £75million.
The Spanish side were looking to complete a hat-trick of Champions League triumphs having dispensed with their city rivals Atletico and Italian champions Juventus in the previous two finals.
After a strong start, Liverpool lost top goalscorer Mohamed Salah to injury after he was wrestled to the ground by Real Madrid and Spain captain Sergio Ramos.
Liverpool fans would later start a petition to have the final replayed because of the referee's unwillingness to send Ramos off for the challenge. 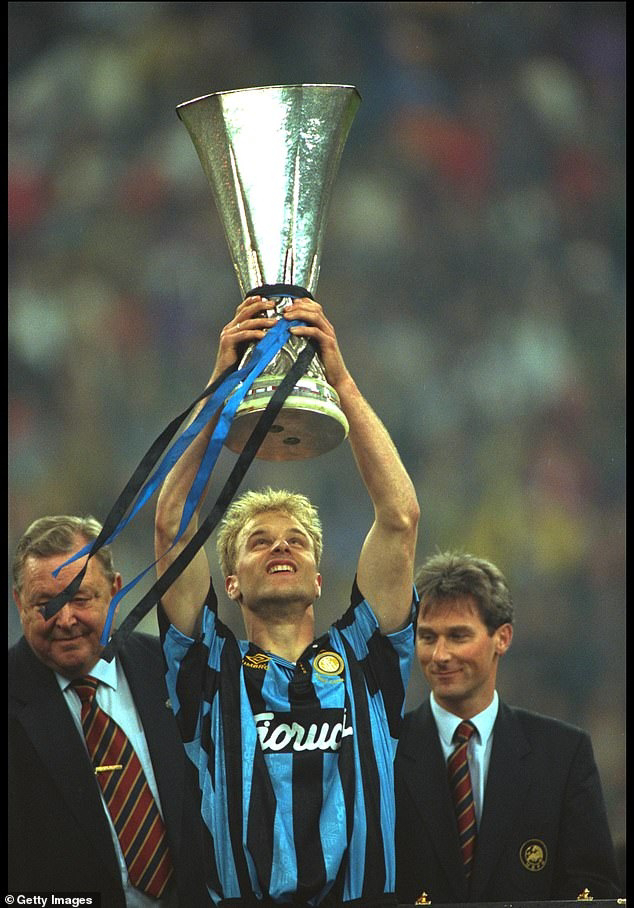 The loss of Salah rattled Liverpool who managed to survive until half-time before conceding the first goal in the 51st minute after goalkeeper Loris Karius threw the ball into French striker Karim Benzema which deflected into the goal.
Sadio Mane equalized with a headed goal from a corner but substitute Gareth Bale put Madrid back in front with a flying bicycle-kick just two minutes after being brought on by Zinedine Zidane.
Bale added to his tally and secured Real's win with a long-range effort, which Karius allowed through his hands, completing his humiliation.
Diego Simeone's Atletico Madrid found redemption after dropping into Europe's second tier competition after finishing third in their Champions League group.
They sailed through the knockout rounds before meeting French side Marseille in Lyon for the final.
Atletico had to do without Simeone on the bench after he received a four-game ban from UEFA after being sent to the stands in the team's semi-final victory against Arsenal.
The match was largely even with both sides seeing spells of possession but Atletico Madrid showed a greater cutting-edge.
Antoine Griezmann starred in his penultimate season with Atletico and opened the scoring after a poor touch from Zambo Anguissa was seized upon by Gabi, who slotted the ball to the Frenchman, who finished coolly into the left corner.
Griezmann showed terrific quality to score over Marseille goalkeeper Steve Mandanda with a sweet chip to put the Madrid side 2-0 up in the game.
Marseille showed flashes of quality but never threatened seriously in the second half and Atletico's win was confirmed when Gabi showed composure to slot home in the 89th minute.
The double victory for the Madrid club came in a period of dominance for Spanish sides in Europe with Real Madrid and Sevilla winning the Champions League and Europa League three times in a row. 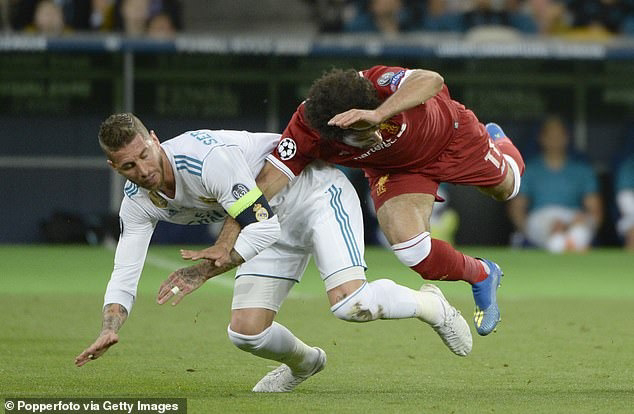 Manchester is bidding to become the first English city to complete the double after London's sides failed to do the same in 2019.
With an all-London Europa League final between Arsenal and Chelsea, the responsibility fell to Tottenham to secure the capital's place in history in the Champions League final against Liverpool.
The Merseyside team convincingly beat Mauricio Pochettino's side and never threatened the Reds after falling behind to an early Mohamed Salah penalty.
Divock Origi came off the bench to seal Liverpool's 2-0 victory in the Wanda Metropolitano Stadium and make the Reds European champions for a sixth time.
Aside from London and Manchester, few other cities can hope for this kind of European dominance.
Though Liverpool have European pedigree, Everton remain way off challenging for major international honours after failing to qualify for Europe this season after a strong start.
Bayern Munich are perennial contenders for the Champions League but their local rivals 1860 Munich have slipped down to the third tier of German football.
Sporting Lisbon are experiencing a resurgence and won the Primeira Liga for the first time in 19 years and local enemies Benfica are not far off having finished third, but the Portuguese league is no longer one of Europe's strongest.
If Manchester joins the top table of footballing cities, it seems it may be a while before they need to get a fourth chair.
United and City have enjoyed success at similar times before with City breaking their 35-year trophy drought in 2011.
United won their record-breaking 19th English league crown in the same year.
Manchester was also in the spotlight in 1968 when City claimed the First Division title before Matt Busby's United side became the first English team to win the European Cup with a victory against Benfica at Wembley.
News