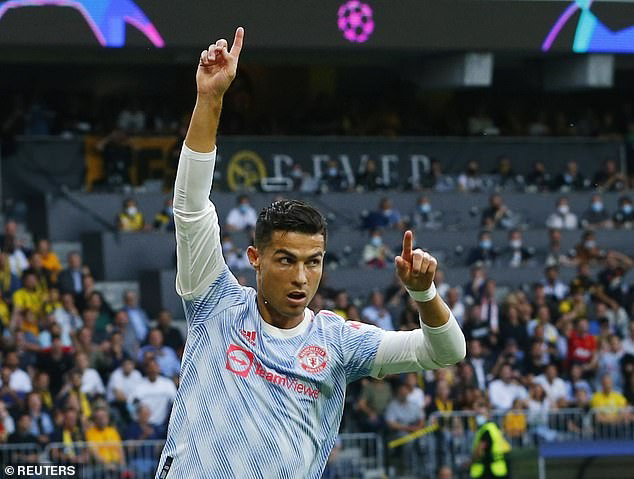 Jamie Carragher has claimed Cristiano Ronaldo's return to Manchester United will cause 'as many problems as it solves' for Ole Gunnar Solskjaer this season.
Ronaldo made a stunning move to Old Trafford at the end of the summer transfer window, 12 years on from leaving the club to forge a record breaking career.
The 36-year-old has wasted no time getting off the mark for United, scoring two goals in a victory over Newcastle before adding one in a shocking 2-1 Champions League defeat to Young Boys.
Carragher in his column for the Telegraph has questioned whether Ronaldo's arrival gets them any closer to challenging for their first title since 2013.
He said: 'For all the understandable euphoria at Old Trafford with the return of Cristiano Ronaldo, his signing causes as many problems as it solves for Ole Gunnar Solskjaer.
'Ronaldo could prove to be a better signing for the Premier League than for Manchester United.' 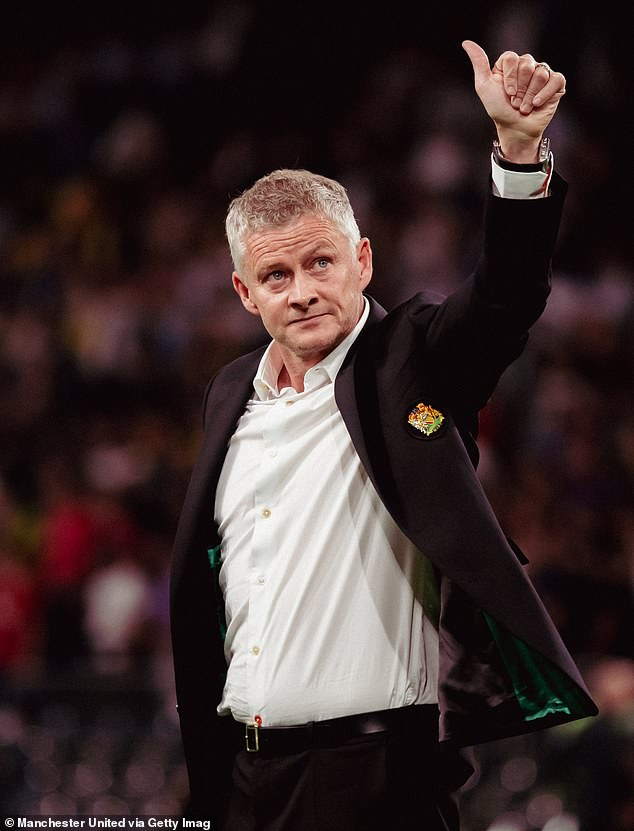 He added: 'The broader question for United is whether Ronaldo’s arrival gets them any nearer to being a team that can win the title and Champions League again.
'On the evidence of the first few games, albeit they have won three of their first five matches, I would say no. Ronaldo’s match-winning ability will inevitably make United stronger. What his arrival alone cannot do is turn United into a title-winning unit or impose the distinctive way of playing they still lack.'
Carragher compared Manchester United to their other likely challengers for the title this season in Man City, Chelsea and Liverpool.
The former Liverpool defender stated that while the other three teams have an 'identifiable and settled' style, Manchester United are a team of brilliant individuals who need to be 'moulded into a collective force'.
Despite a disappointing start in the Champions League, the Red Devils have made a promising start in the Premier League where they sit top of the table on goal difference with 10 points out of a possible 12.
Ronaldo wasn't the only big name through the door at United this summer, with Jadon Sancho and Raphael Varane also joining the club for big money.
Carragher though believes the addition of Ronaldo could have an impact on Sancho's place in the team despite signing for £73m from Borussia Dortmund.
He said: 'The most immediate impact is on Sancho, who is now fighting with Greenwood for his favoured position on the right.
'He played on the left wing in his first two United appearances, switching flanks in midweek prior to being subbed early when the team was reduced to 10 men.
'There are also consequences for Pogba. After his encouraging start, he was back in centre-midfield against Wolverhampton Wanderers, Newcastle and for the last hour in midweek, when we saw the same flaws that have typified his United career.
'Where will Marcus Rashford fit into the equation upon his return from injury? And then there is Edinson Cavani, who Solskjaer was talking up in his latest press conference. It sounds like the manager does not want any of his stars to feel like they are back-ups.'
Ronaldo returned to United for £12.8m after three seasons at Italian side Juventus.
Carragher's comments come after similar ones from fellow Sky Sports pundit and Ronaldo's former United team-mate Gary Neville.
Neville told Sky Sports News after the signing: 'The big question every Manchester United fan, probably every fan in the Premier League, will be asking will be: is it enough for them to challenge for the title and win the title?
'I don't quite feel it is. I still feel there are a couple of teams that are better. The Premier League I think is the strongest it's been since the mid-2000s.'